It’s become a Christmas tradition for the Hubby and I to cozy up on the couch and watch Gordon Ramsay’s Ultimate Christmas. Seriously, just try to watch that show and not drool an excessive amount. It’s impossible! First of all, his amazing kitchen alone makes me drool – then add in the food he makes?! Drool-o-rama!

On one of the episodes Gordon made Cinnamon Eggy Bread with Stewed Apples. Oh. my. gosh. I could barely contain myself from running to my own kitchen to recreate his dish!

Gordon, bless his heart, is an amazing chef – but when it comes to the dishes he makes on his Ultimate Christmas show, well… they are sometimes far from healthy. Lots of butter, lots of sugar, and lots of calories. So – inspired by Gordon, I decided to whip up my own batch of eggy bread – Nutritionist in the Kitch style!

I decided to use whole grain gluten free bread instead of the white crusty bread used in Gordon’s version as the base of this delicious recipe. Then, I used eggs mixed with unsweetened almond milk (no milk, no oil, no butter, no sugar… sorry Ramsay) and a little cinnamon and stevia to soak the bread in! 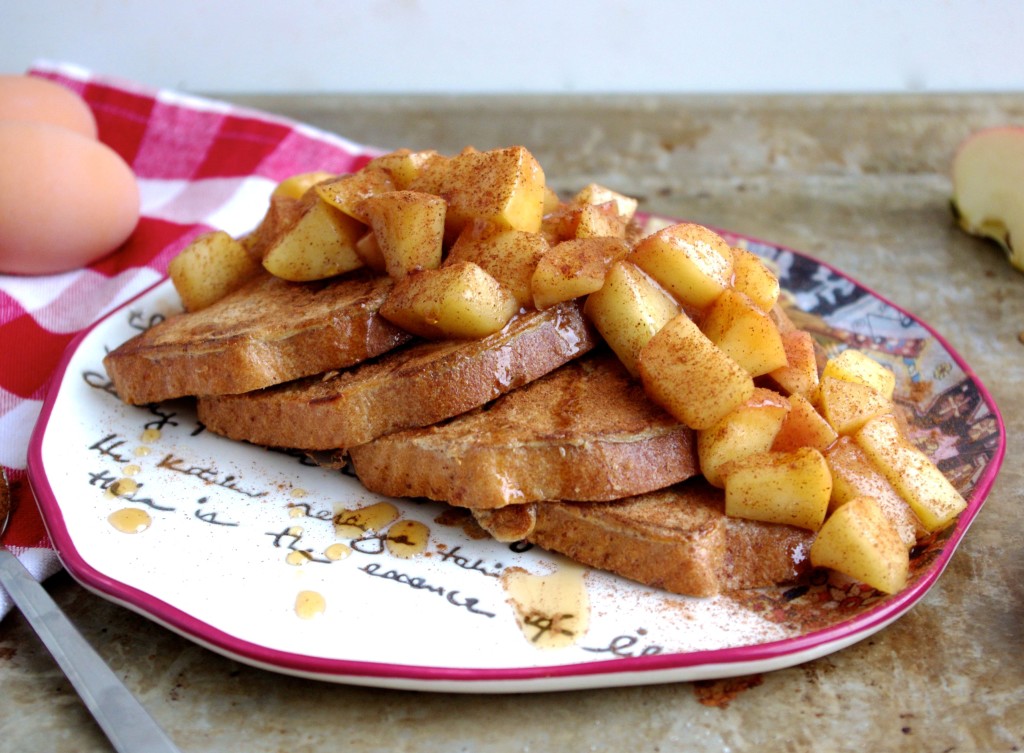 Finally, instead of topping the dish with powdered sugar, I just sprinkled on more delicious cinnamon! Cinnamon is a super nutritious spice – it helps reduce bad cholesterol levels in the body, is a natural antibiotic and anti-inflammatory, and it also contains iron, fibre, calcium, and manganese!

This dish is perfect for breakfast or brunch on a chilly winter day! It’s warming, filling, healthy, and so delicious. Plus, as with anything that’s “apple cinnamon” flavour, it will leave your house smelling amazing! 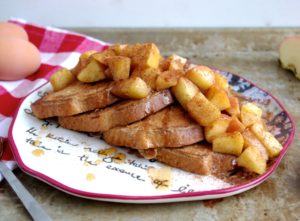 We are off to Jasper on Monday to enjoy some time in the mountains and ring in the New Year! We are staying at the amazing Fairmont Jasper Park Lodge and I’m already thinking about the amazing, locally sourced dishes we will be enjoying! I’ll be sure to do a post!

Have a wonderful rest of the weekend!