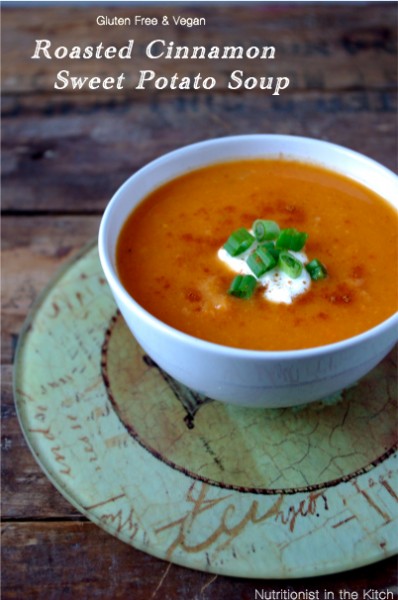 The hubby and I are just about a full week into our challenge and we managed to survive Ukrainian Christmas!! It was very tough to say no to the perogies, cabbage rolls, and other delicious Ukrainian dishes, but we stayed strong and stuck to our plan! We even passed on the homemade cake pops and apple crumble!!! I must admit, it was helpful that we had each other to support and keep accountable.

So far things are going great – it’s been interesting managing my eating so strictly – but I’m really starting to like this whole “eating-every-3-hours thing”!!

I never feel hungry, and I never feel stuffed! I always feel pretty satisfied and content, and the scale is slowly but surely creeping down.. not up! I am eating more… probably substantially more than before, and I am not gaining weight! Why? … Because I am eating the proper portions consistently throughout the day!

The metabolism is a wonderful thing if you can learn how to keep it happy! 🙂

I’ve seen this pattern with many of my weight loss clients – who have their bodies in “starvation mode”, and the scale won’t budge. As soon as they eat consistent meals that are portioned correctly, they begin to lose the unwanted weight. Why I never thought this was also what I was doing to myself, I’m not sure?!

Well, the Teacher is getting Taught this week!

I decided to make this soup when I asked my trainer if I could include broth in my meal plan, and she said yes! Yay!

I am a big fan of soup and I figured it would give me more variety and change up my meals even more if I could add different soups in here and there.

I used sweet potatoes as they are an option for a carbohydrate on my substitutions list! Instead of having just a portion of baked sweet potato (not that I don’t love it that way too), I decided to make them into soup by using some onion, garlic, broth, and spices. 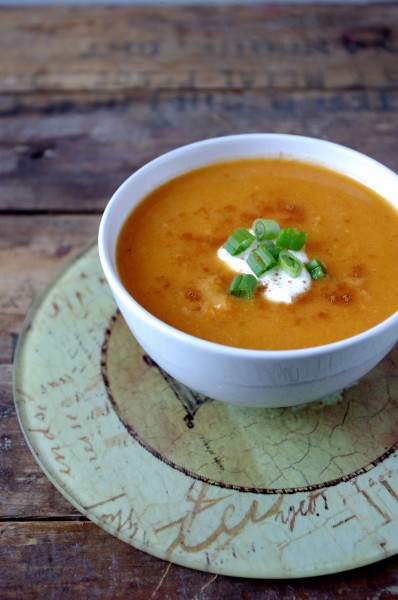 I chose cinnamon as my spice to flavor the soup because cinnamon and sweet potato work wonderfully together, and cinnamon is also a natural metabolism booster! The garlic, a natural antibiotic and immune booster, also gives this soup great flavor!

The great thing about a simple sweet potato soup like this, is that it is versatile for flavor additions. If you aren’t a big cinnamon fan you could always use paprika, cumin, curry powder, dill, or even cilantro to add flavor and change up the taste completely! I noted in the recipe box about even using coconut milk to make this soup more of a cream soup rather than a puree! The choices are endless!

Print
This recipe could be made richer and creamier by adding light coconut milk to the soup when it is added to the pot. I couldn't do this because I can't have the coconut milk with my meal plan, but I think it would taste divine!
Serves: 4
Ingredients
Instructions
3.1.09

This was what I ate as my “Meal 3” or lunch, when I enjoyed this soup!

I paired the soup – which was my carbohydrate option (sweet potatoes), with a portion of tuna (my protein), with some low-fat mayonnaise, fresh dill, and a few capers, on a bed of mixed greens lettuce with a bit of horseradish dijon mustard as my “dressing”. It was delicious!! 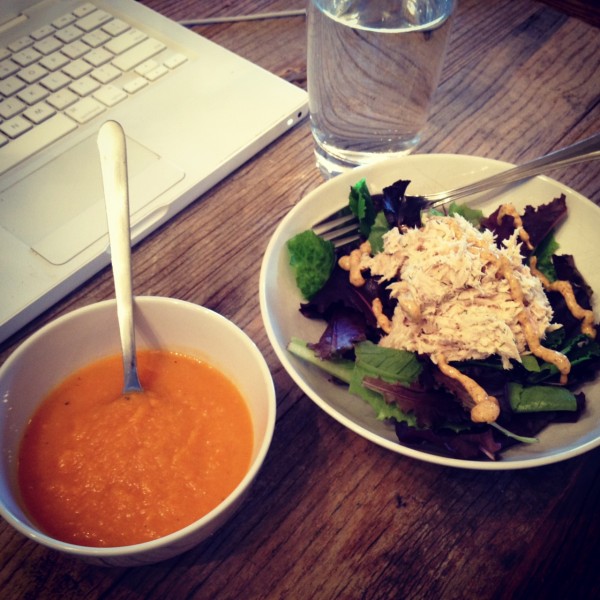