For the last two years I happened to be vacationing in the States during the Cinco De Mayo celebration and I must say it is always a great time! We have Cinco De Mayo parties here too, but I can’t say they are of the same caliber as those in the US!

This year, I’m not having a party or even going to one, BUT I did make these delicious healthy baked churro donut holes in honor of the Mexican-American celebration!

Churro’s, also referred to as a spanish donut, are absolutely delicious. I will not deny it, even as a nutritionist, they really are unbelievably yummy.. but also pretty darn unhealthy! So, for my Cinco De Mayo inspired recipe I decided to do a healthy take on this popular Mexican treat! Keeping the “donut” theme in mind, I decided to make little donut holes … here in Canada we naturally refer to these as Timbits… something to do with this guy named Tim Horton. 🙂

I wanted to make these gluten-free, and I have been experimenting with different flours as of late, so almond flour seemed like the perfect fit… light, fluffy, yet still moist, and spongey, perfect for a timbit.. urr I mean donut hole! I used Bob’s Red Mill blanched almond flour to make my donut holes, but you can use homemade too if you are up to making your own! 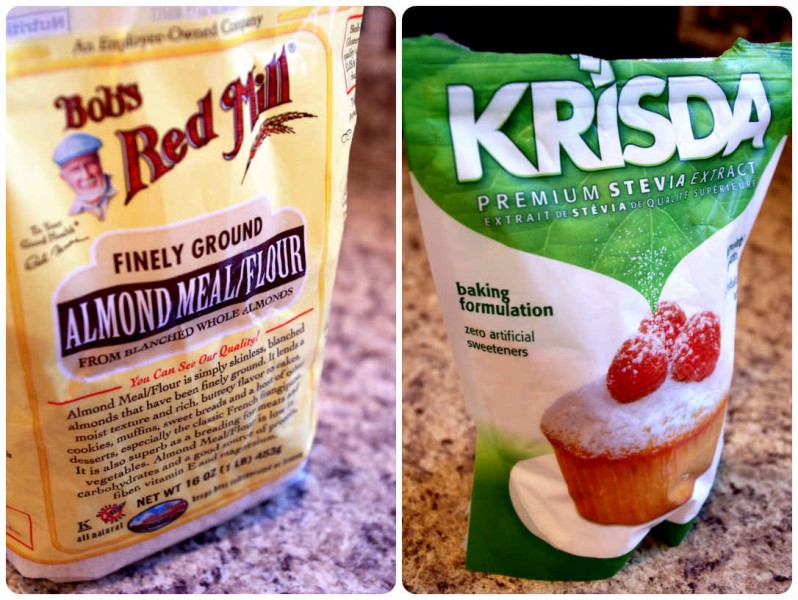 Instead of using a sweetener like honey or agave, I decided to go with stevia in a baking formula. I’m a big fan of stevia as a natural sweetener, and being much lower in calories and sugars than other natural sweeteners is also a big bonus! I use Krisda brand stevia and usually use the individual packets to sweeten my pancakes, protein crepes, tea, etc. The baking formula is different than the packets as it is used cup for cup to regular sugar in recipes, whereas the packets tend to be much sweeter so you need less.

I’ve heard different opinions on stevia, some people find it tastes great as a natural sugar substitute, and others find it has an odd aftertaste, and I think this varies with different brands, so if you are one of those people who are not a big stevia fan, then you can easily sub in honey, agave, pure maple syrup, or another unrefined sugar in this recipe! 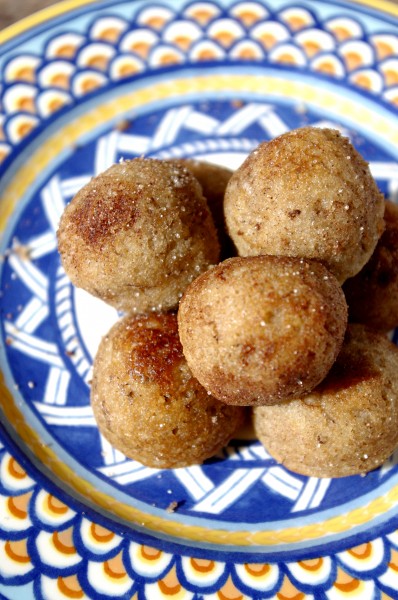 These donut holes are sweet, cinnamony, fluffy on the inside, yet a little crispy on the outside… very churro-like.

I can’t say they taste EXACTLY like a churro, because the ingredients are different, but for something very similar, much healthier, and equally delicious, I’d say they make good competition!

The churro donut holes are very quick and easy to whip up, so if you are doing a Cinco De Mayo party today, all you need is the right ingredients, 20 minutes to throw the recipe together and bake them, and you are good to “cinc–go“!

Almond flour is a breeze to bake with, and especially great for those who need gluten or grain free baking! This flour is a great source of healthy unsaturated fats, high in protein and fiber, and low in carbohydrates and sugars. It is also rich in vitamins and minerals, including iron, magnesium, and calcium!

I decided to use mashed banana in the donut holes to replace some of the fats, so these do have a slight “banana bread” taste to them. The banana can easily be subbed in for pureed pumpkin or applesauce if you are not into banana!

To make the cinnamon-‘sugar’coating, I used melted virgin coconut oil to lightly brush the donut holes then tossed them with a mixture of cinnamon and Krisda packet stevia (this is more of a granulated stevia similar to the texture of granulated sugar). Again, if stevia doesn’t appeal to you, using a granulated unrefined sugar substitute such as pure cane sugar, or coconut palm sugar would work as well, just make sure you go light on it… because at the end of the day it is still calories and sugar! 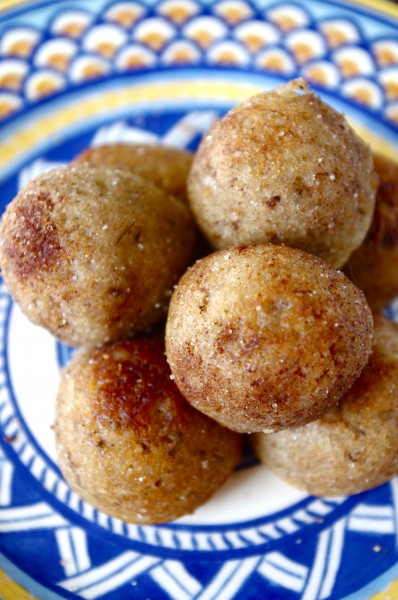 Sometimes baking treats like this at home is dangerous because I tend to taste as I go… With these little churro donut holes… they are VERY easy one-bite tastes, so it’s VERY easy to lose track of how many little one-bites tastes I’ll have in the process!

My trick to make sure I don’t overindulge is as soon as I’m done making the batch I pop my goodies in the freezer and make sure I don’t go back for more until the next day! It’s important to stay accountable even when baking the healthier goods because it still adds up!

Moderation is key 🙂 …. you had to know I’d say that somewhere in this post!

Mmmmm… back to the churros… don’t you wish you could reach into the screen right now and grab one of these little guys and pop it in your mouth?!

Have a wonderful Cinco De Mayo and why not enjoy a few healthy baked churro donut holes while you’re at it?!

Do tell, what is your favorite healthy Cinco De Mayo treat, meal, or recipe??

… Oh! PS.. if you are on BlogLovin’ or want to be, you can now follow Nutritionist in the Kitch on there! Follow the link below!