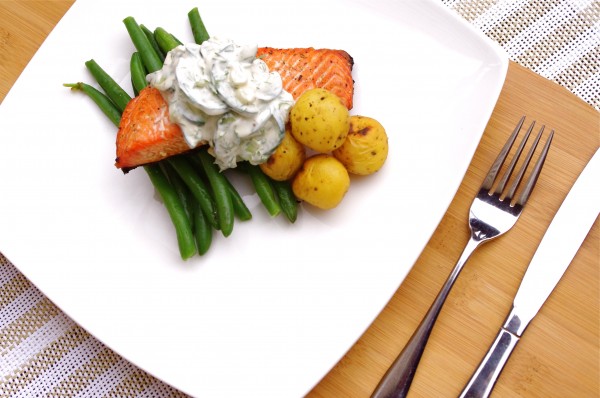 Dill. Probably one of my favorite herbs, well definitely in the top three alongside cilantro and basil. One thing dill reminds me of is my Baba’s garden. When she was still here, we would visit her in Dauphin, Manitoba every summer. She had a garden the size of a football field I swear, and up until she was 98 (which was when she passed away, and I guarantee it was the real, whole, wonderful food from her garden that kept her thriving in her very old age) she would tend to her garden every summer day. The smell of dill would fill her yard and she would always use it to make creamy dill potatoes, borscht, and other delicious ukrainian food! So now, anytime I use dill I am brought back to her garden and it just puts a big smile on my face!

Dill is really the star in this recipe. It is not overpowering, but compliments the salmon, potatoes and veggies, wonderfully. The cucumber in the salad adds crunch and texture, and makes the salad light and airy. I adapted this recipe from many I had seen online and lightened it up by using light sour cream and fat-free Greek Yogurt rather than mayonnaise and full fat sour cream. It really cuts down on the fat and calories without losing that creamy taste and texture. Instead of using table sugar, I used my trusty coconut sugar, and cut down on the amount, as I found it really doesn’t need much at all. 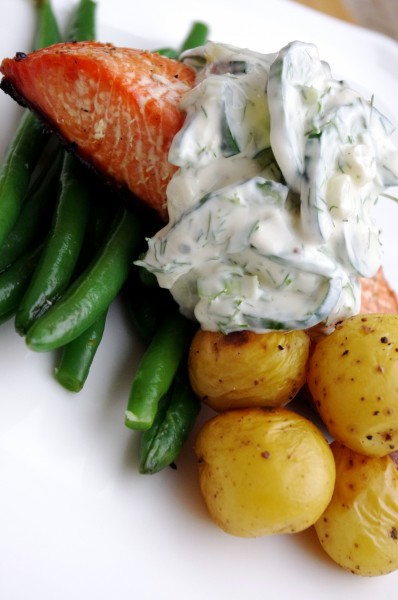 Print
To make this whole dish I prepared the cucumber salad first, and let it sit in the fridge. Then I made the remaining components, the potatoes, grilled salmon, and green beans. Here is the recipe for the salad, which can be used in many different meals as a garnish or a side! You can make it a great stand alone salad as well by adding extra cucumber and onion to the recipe! As I was making it I was thinking that the recipe could be simply changed by substituting mint for the dill and using it in an indian inspired Tandoori Chicken dish (I might just have to try it soon!)
Ingredients
Instructions
3.5.3208 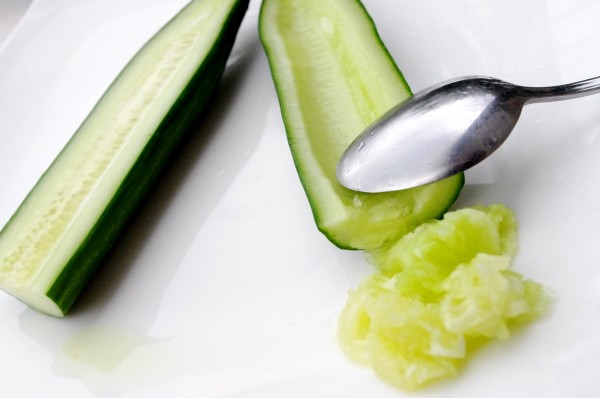 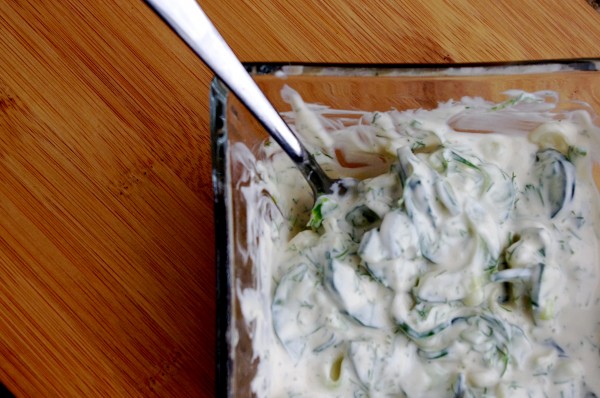 Now that the salad is done, the rest of the components are easy-peasy! For the potatoes, I just used baby potatoes, washed them and tossed them in a grilling basket lined with tinfoil. I used about 1 teaspoon of olive oil just to lightly coat them and then sprinkled on some salt and pepper. Very simple yet very delicious! 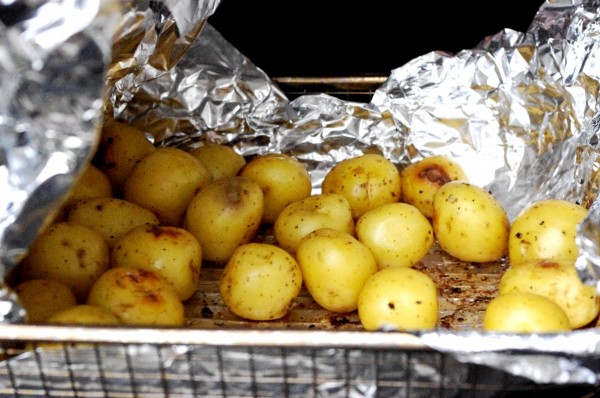 Because the potatoes take about 25 minutes to cook in the basket, I waited another 10 minutes or so and then put the salmon on the grill. For the salmon I left it as is, just lightly seasoned with salt and pepper. The salmon will take about 15 minutes! 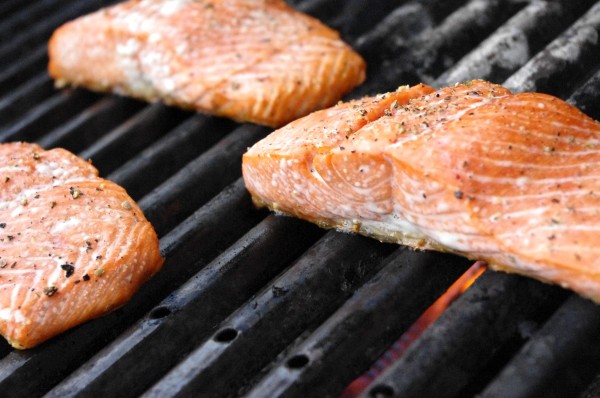 As for the green beans, I just blanch them (this term means to plunge foods into boiling water for a few seconds or a few minutes, then remove and place in ice water. This process sets the color of vegetables, lets you easily peel fruits, and slip the skins off nuts. The food does not cook all the way through, so crisp texture is preserved). I hate overcooked veggies and they hold more nutrients when they are only lightly cooked. 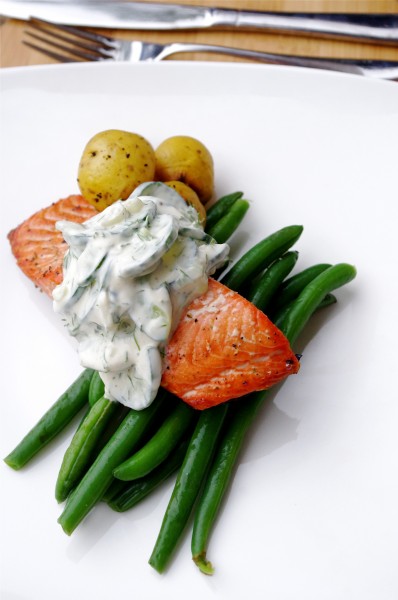 Then, I assemble, and have a little photoshoot on my deck (natural lighting is key)! It was raining outside and the mosquitos were ravenous when I was taking these pictures, but I endured it, all in the name of the blog! 🙂 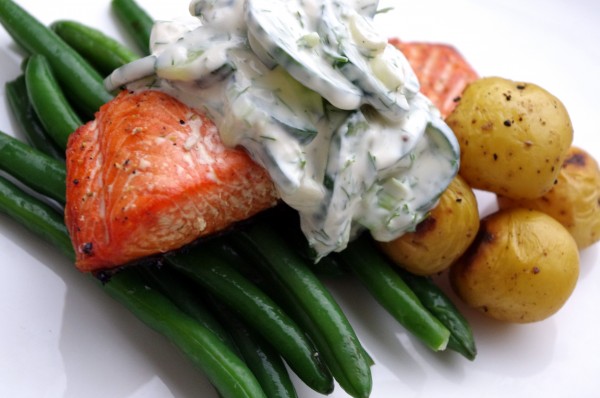 *The nutritional information is for the Creamy Cucumber Dill Salad only!